MSU faculty Athletic Representative Sue Carter is also stepping down over the university’s handling of the scandal.

She talked about it with News 10’s Chelsea Snyder.

Carter told News 10 that It started when she wrote a statement signed by eight other members of the athletic council urging MSU to show more compassion to the survivors. That led to a phone call with president Simon, a call that helped carter make her decision.

“It was clear to me that we had divergent views on this. I appreciate the need to protect an institution but at the same time that doesn’t mean you cant show compassion,” said Carter.

Sue Carter has a long professional relationship with Lou Anna Simon, So it wasn’t an easy decision to make such a public break from her.

“The events that have occurred, most specifically over the last few weeks, led me to realize that the appropriate levels of empathy or pastoral concern weren’t there,” said Carter.

In her resignation letter released to News 10 she wrote, “I am profoundly saddened by Michigan State University’s public posture and seemingly callous regard for these girls and women.”

She believes MSU should have done more to reach out to the victims.

“Especially once there was a conviction, we are very sorry for what happened, we are exploring it, and we don’t ever want this to happen again,” said Carter.

Carter says MSU will eventually move on from Nassar, but not easily.

“It will move forward it will continue to generate knowledge, to save people’s lives, to educate people, but it will do it with sorrow. There is a deep sorrow and remorse and it takes awhile to heal,” said Carter.

Carter had this to say to survivors, “There are some of us certainly here on this campus who say we are deeply sorry for what we did to you.”

Full story can be found at http://www.wilx.com/content/news/Sue-Carter-speaks-about-her-resignation-471178893.html 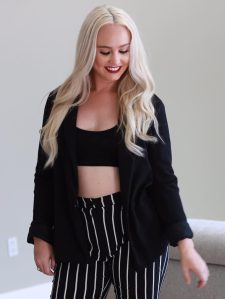